Okay.  Like a whole lotta people I binge-watched The Witcher last week.

Filmed in Hungary, Poland, and Spain (I can almost hear the production location scouts saying stuff like, “Just give me a list of locations that are creepy AF!”) Netflix’s sword & sorcery offering does its level best to fill the hole left in some of us following GoT’s exit.

The Witcher manages to check all the right boxes for a fantasy series.

What’s not to love?

Okay, the writing.  Almost every episode is penned by a different scribe, but I’ll put this one on creator Lauren Schmidt Hissrich, who provided the scripts for the first and final episodes.  The writing isn’t bad, but the story structure is a tad cumbersome.  Those of us unfamiliar with Andrzej Sapkowski‘s book series of the same name, spend the first handful of episodes playing catch-up until we realize that we’re being told three different overlapping stories that aren’t happening at the same time.  Once that mischief is managed, however, it’s pretty much smooth sailing into pure escapism.  Cue the hacking!

EVERYONE is swooning over British actor Henry Cavill, who lucked into the titular role of the series.  There’s a reason for that.  Dude is hot as hell AND he can act.  He also looks amazing in black leather.  If you’re missing Viggo or Kit, Henry just might make you forget your pain for a bit.

But there are other standouts in this sprawling cast.

Anya Chalotra (who also looks amazing in black leather) is riveting as the very complex Yennefer.  MyAnna Buring goes the extra mile as an actress and then some in her ardent portrayal of Trissaia, the cruel-to-be-kind headmistress of Aretuza, and Jodhi May totally brings it as the powerful but tragically prideful Queen Calanthe.  There’s a lot of delightfully diverse woman-power in the cast, which I can only hope serves to light a fire under everyone else’s asses. 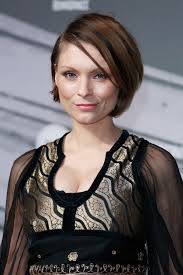 The Witcher’s production values range from “eh” to “wow!”  The costumes absolutely fall into the latter category.  British costume designer Tim Aslam did a magnificent job clothing his cast, and all I can say is that Anya Chlotra must be particularly pleased.  The CGI budget (saved mostly for the last two episodes) was well spent, and delivered bang for buck, for the most part.  Sonya Belousova’s score is fine.  And no one will ever complain about any episode in this season being underlit.

Of particular note is the creation of The Witcher’s own school for Witchcraft and Wizardry…well, just witchcraft, I guess: Aretuza.  A cruel and frightening place where you either succeed, or your life essence is taken and used to power the joint.  Survival of the fittest at its scariest.  Production Designer Andrew Laws and team got Aretuza just right, and it is, in my opinion, the most striking setting in the series.

A lot of what goes on in The Witcher borders on the nonsensical, but oddly, that only seems to add to the overall derring-do of the project.  The epic gravitas of tales like LoTR and GoT is definitely missing here, but there is something unique about each character in The Witcher, which provides some internalized gravitas for the viewer.

The story is compelling, the acting is solid, the visuals are solid…its FUN, damnit, FUN.

So, if the dark nights of winter seem darker for want of a rollicking fantasy yarn with most of the bells and whistles you’ve come to love, give The Witcher a try.  It sucked me right in, and I hate everything.

I just watched the finale of one of the most audacious feats of cinematic story-telling ever.  And now I’m verklempt. 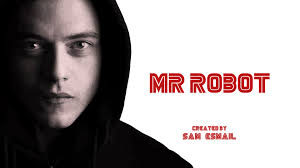 Elliot Alderson, as created by Sam Esmail and brought to life by Rami Malek will remain, for me, the most intriguing character I’ve encountered on page or screen…or even in real life.

When Mr. Esmail dropped his denouement on my head last night, I felt like it was 1975 and I’d just smoked a joint before parking my ass in Introduction to 20th Century Philosophy with a brand new notebook.  Everything in our home seemed alive and burning with the endless possibilities this life can offer.  Outside the stars glittered in the night sky, singing their siren song of the “what ifs” of quantum mechanics.  I haven’t listen to that music in a long time, but the finale of Mr. Robot blew open all those doors in my brain.

Until last night I thought I’d been watching four seasons of a show about a brilliant and exquisitely damaged hacker determined to right our world’s singular wrong: greed.  But last night, oh, Mr. Esmail, you totally got me.  The breadcrumbs were there, but I ignored them.  My bad…or my good?

I’m sure there are plenty of fans who are sitting smugly in coffee shops saying, “Oh, I totally saw that coming.”  Hmm.  With respect, I doubt it.  We ALL thought we were watching one show – being told one story – when we were, in fact, being told another, completely different story.  I’m sure Esmail’s ending will prove to be controversial, but I thought it was perfect.

Mr. Robot has the distinction of having one hellaciously outstanding cast.  They’re all knockouts, but for me, the final season will be forever defined by the jaw-dropping performances of  Elliot Villar, B. D. Wong, and Martin Wallström – whose final scene made me weep.

So to Mr. Esmail: for the love of all that’s holy, keep telling stories!  Keep taking artistic risks.  Keep blowing minds, because those of us who actually give a shit about the state of the world need to be reminded, from time to time, that the universe is a strange and miraculous place.

And Rami Malek and Christian Slater: You both freaking ROCK. 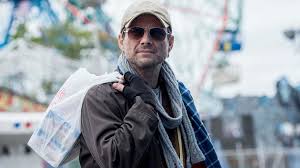