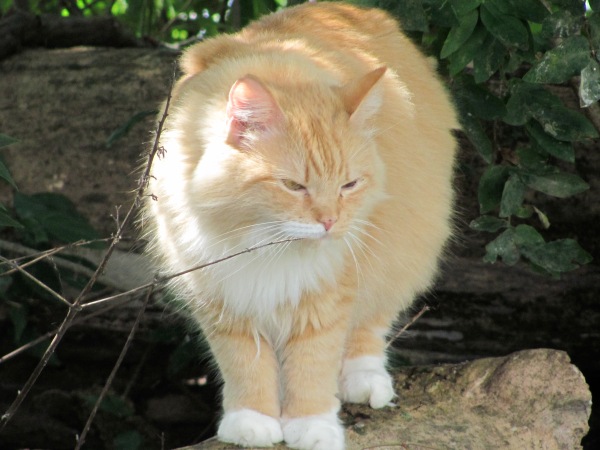 I was raised by a cat-hating family.  While the hatred never took in my heart, I arrived at adulthood with neutral feelings regarding felines.  I enjoyed interacting with my friends’ cats, but never really considered sharing my life with one until my horrible beast childe, Blythe, came along and started yammering that she wanted a kitty when she was first able to form the words.

One day young Blythe and I were in our (previously) trusted vet’s office with one of our countless dogs, and I gave him the parent-to-parent look, and asked: “Oh, Dr. Randall, there certainly isn’t any way that we could bring a cat into a house with so many ferocious dogs, is there?”

“Sure you can!” he responded cheerfully while Blythe began to shriek and squeal like a small monkey who’d just been handed a crate of bananas.  “You just have to introduce them slowly and….”

And I stopped listening, because I knew we were getting a freaking cat.

That was many moons and many cats ago.

Now, like many of you, I am a cat slave.  I love cats.  I admire their completely alien personalities and supernatural abilities and I fear their swift justice.  I secretly watch cat videos that pop up in my social media feeds, and go out of my way to make friends with as many cats as I encounter.  I am devoted to all things cat.

I am particularly devoted to our cat, Cassiopeia, who was diagnosed with cancer this morning. 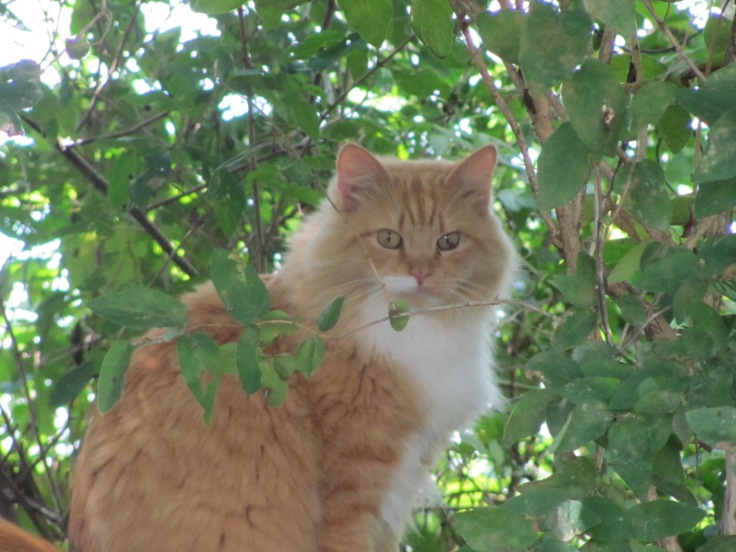 Many of our cats have received cosmological names, and Cassie has been a Cassiopeia in every  possible way. 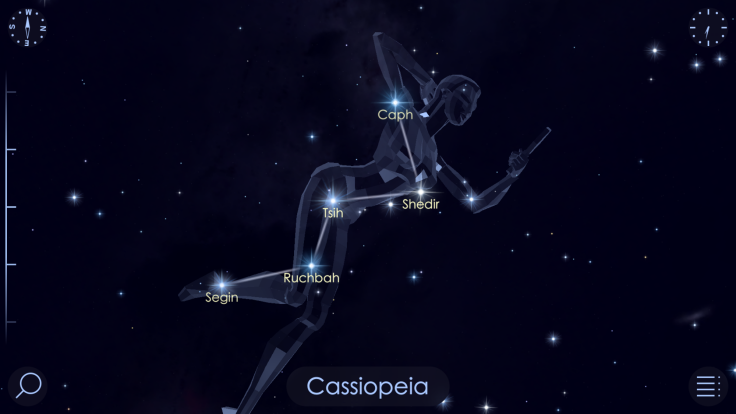 Like the fabled Queen, Cassie loves to recline.  Usually on your chest while you sleep.

When not reclining, Cassie loves to explore the woods and fields outside our home, and is a celebrated huntswoman, having brought home an endless supply of corpses once having belonged to everything from voles to snakes.

Now an elder in our family, Cassie has raised several generations of cats and dogs, and can put a Jack Russell Terrier in his or her place in a nanosecond.  Her presence in our family has been a gift most joyful.

After discussing options with our vet (there really aren’t any), we’ve made her final appointment for this Monday.  Knowing the day and time really sucks.  As I putter around the house, I catch Cassie reclining out of the corner of my eye, stop what I’m doing, and offer her some love, which she still clearly acknowledges as tribute she is due.  She is a Queen, after all.

After 10 o’clock in the morning on Monday, I think Cassie may take up residence in her constellation, where she can be delighted by whatever our universe reveals to her while happily reclining somewhere in-between Tsih and Shedir.

I’m positive that she’ll look down at the Andromeda Galaxy from time to time and scowl – as only cats can scowl – with disapproval.

As I try, unsuccessfully, not to freak about the short time we have left with Cassie, I’m reminded that our time is short in general.  Give your animal companions some extra love this weekend, and never stop looking at the night sky.