It’s the last day of one of the WORST years I can remember.  Let me see if I’ve got this all straight:

“Death to America” is trending this morning on Twitter. 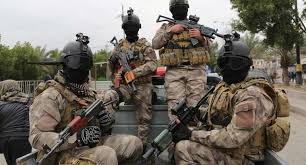 Be honest, do these look like “protestors” to you?

Our impeached POTUS Is chillin’ at Mar-a-Lago while US Embassy workers in Baghdad watch Twitter videos of the “protestors” outside vow not to “spare anyone” when they breach the embassy.  But it’s okay, because Sec. Pompeo has promised to save the day.

Small children and infants remain in US “Custody” at the border, forced to endure conditions that no one I know would accept for their own children.

It’s become cool to egregiously mock 16 year-old young women with Asperger’s who only want us to grow the fuck up and save the planet so she and our grandchildren aren’t forced to live some terrifying version of the Mad Max franchise.

Literally too many mass shootings to count.

And “Arrow” is calling it quits.

I suppose things legit can’t get worse this year, since there are only a few hours left…

So here’s to 2020, which will hopefully usher in a push towards a more compassionate shared reality in which we all do whatever we can to help whom or whatever we can, even if it’s a koala.  It’s time we started acting like evolved versions of ourselves and work TOGETHER.

TO quote Bill Nye: “The planet’s on fucking fire!”

Safety glasses OFF motherfuckers, and have a fabulous 2020!